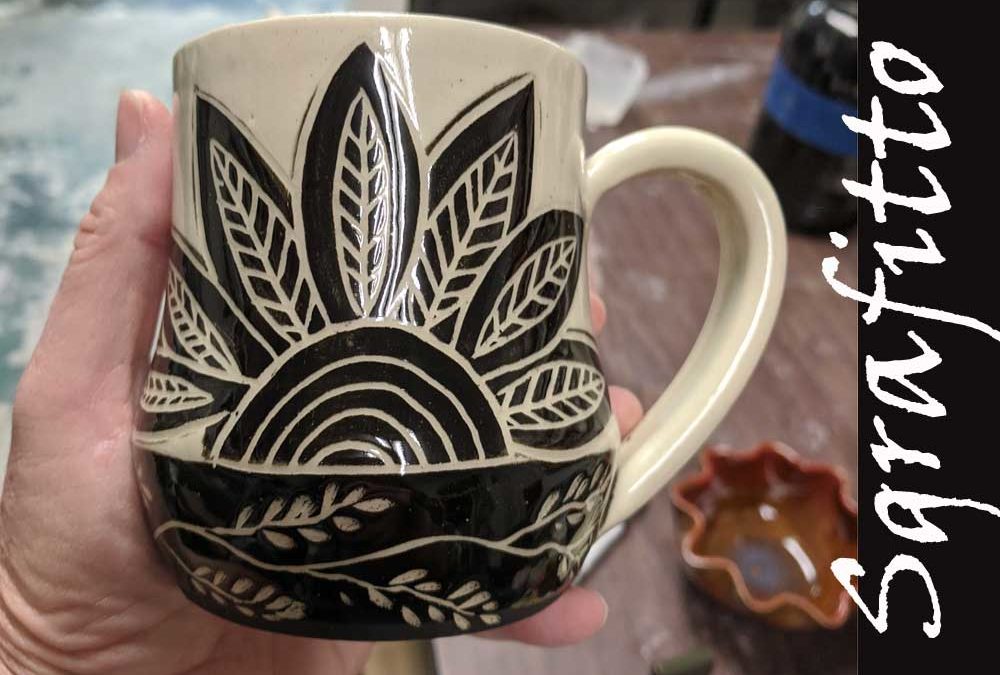 A potter, and most artists I would think, never stop challenging themselves or trying new techniques. Several years ago I played with Sgraffito, a technique where you scratch in clay.  I am revisiting it again! 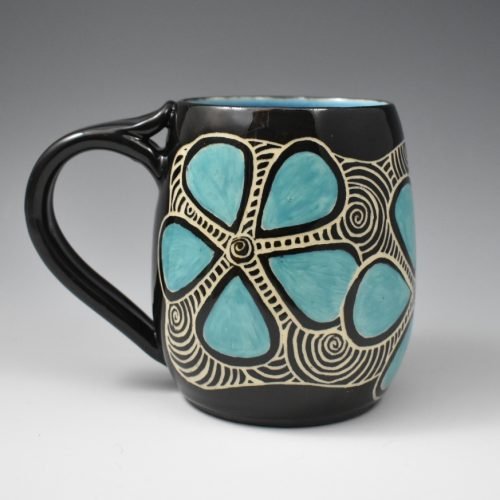 Carved into the clay – Turquoise colored Flowers and big swirls

A few years ago, at an art show, I stumbled upon a potter whose design appealed to me a lot. It was a coffee Mug, in black and white, and the design was scratched in clay.

It didn’t just appeal to me it BLEW ME AWAY. I was so totally drawn to it in a way I had not been drawn to a piece of pottery before and “cheap old me” bought one of her pieces. https://carolynyoungceramics.com

It was a coffee mug and it soon became a favorite.

What appealed to me most was the sharp contrast between black and white, and when I touched it I could feel the design, every stroke the artist made. As I gazed at the design I could almost FEEL AND SEE the artist making her art.

The design, which was scratched into the clay, changed from one side of the mug to the other and drew my eyes in. I could see and feel the mark of the artist and knew that no one, NO-ONE, HAD A MUG LIKE MINE

I knew I had found a technique I could really wrap my arms around. 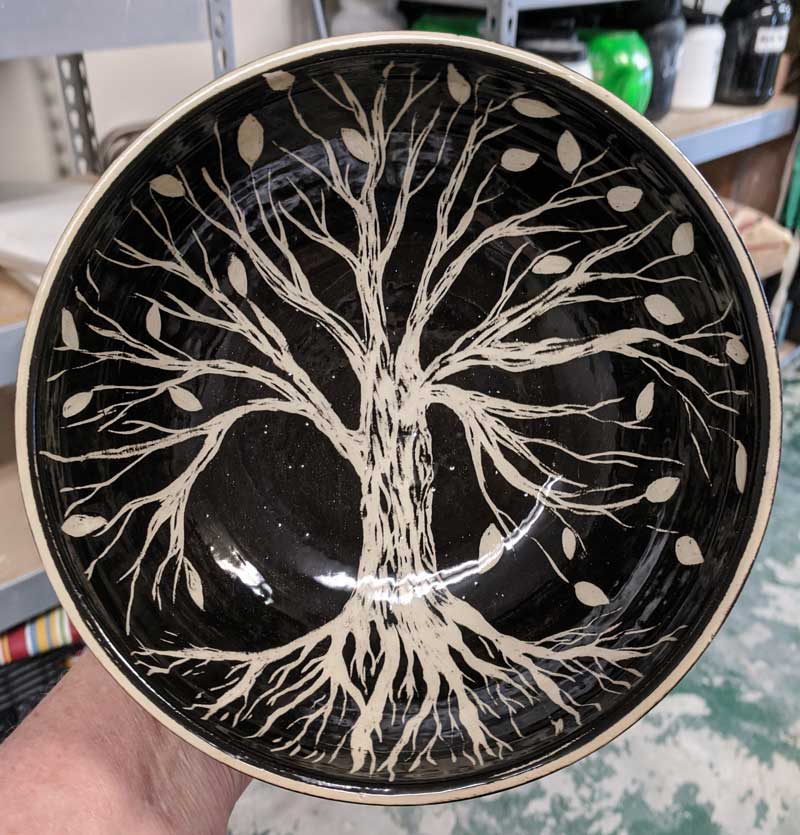 After some research, I discovered the technique was called Sgraffito, an Italian word meaning “to scratch”. In a nutshell, underglaze or slip is applied to a semi-wet (known in the potter’s world as “Leatherhard” piece, and then the surface is scratched into the clay to reveal a pattern.

I started playing around with it a bit around 2016. I blogged about my first attempts at Sgrafitto and then talked about it again here.
Yeah Baby…I am Italian and the word is Italian…a perfect match.

Scratched in Clay-It isn’t all Black and white

I have always been drawn to high contrast, rich colors, and carving so when I saw this I knew it would be a perfect place to take my pottery. Black Underglaze over white Clay is and will probably always be my favorite combination but I have played around with other colors. 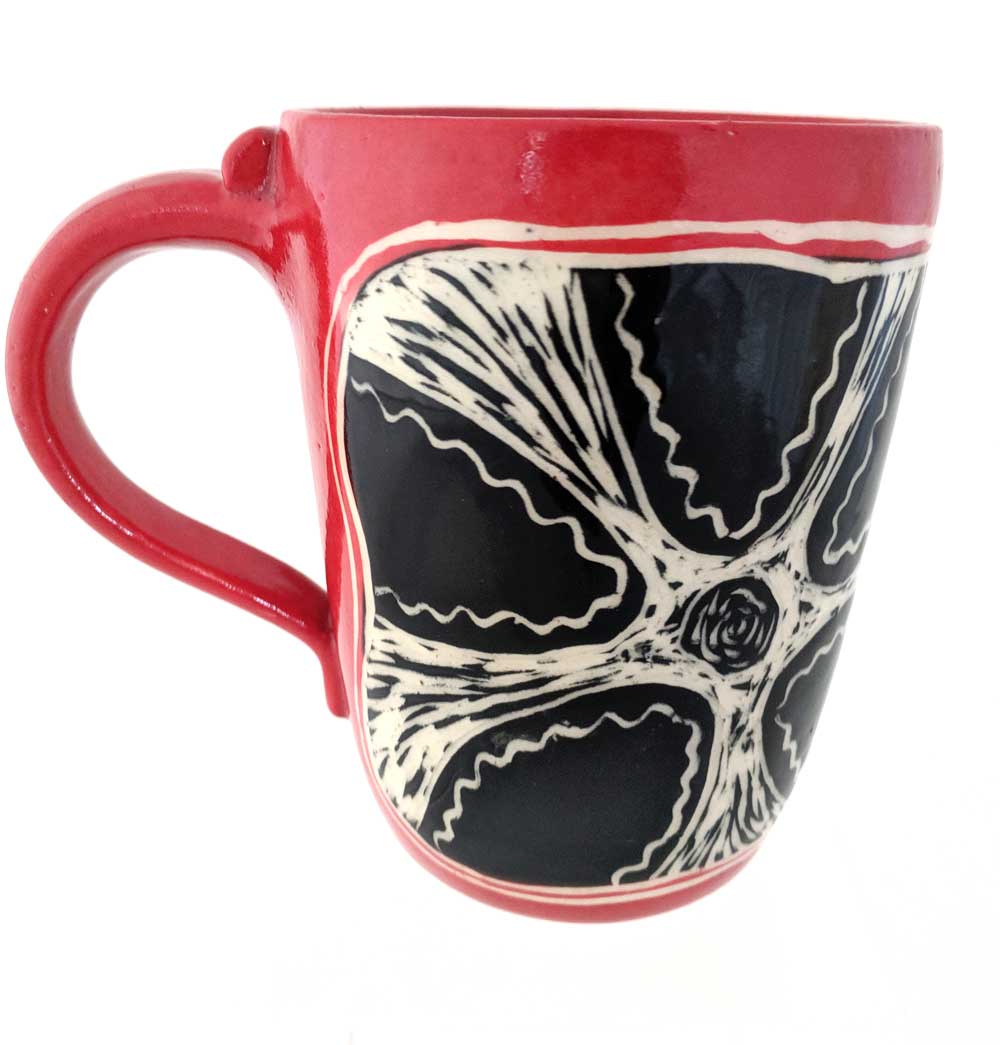 My preferred Underglaze in Amaco Velvets but I found that some of the colors don’t stay true at Cone 6 so I am using some Speedball (Love the Pink).

Hints and Tips for scratching in the Clay – aka Sgrafitto

This is the clear recipe I use.  Its worked for me and my clay…. no blushing.  I dip my pieces. Kitten’s Clear

These may be expensive but they are worth every penny!!  They are banding wheels on steroids!  Super heavy duty and spins freely, smoothly, and quickly!!
View on Amazon

Ready to start carving? This is a great way to get going!
View on Amazon 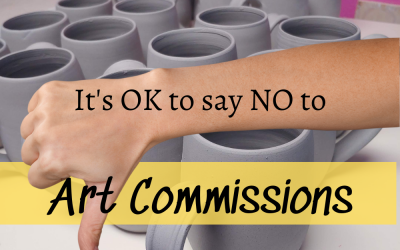 It’s OK to say NO to art commissions

The first time someone asked me to make something special just for them it was an ego boasting compliment. Someone thinks so much of my work that they want something special. How cool was that and how could I say no!!! After a few of those,...

END_OF_DOCUMENT_TOKEN_TO_BE_REPLACED 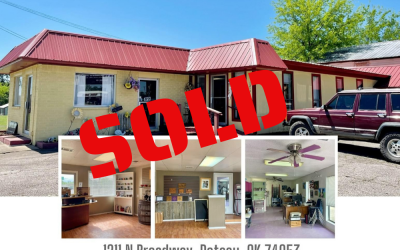 Big changes ahead for me and my pottery art

There comes a time in our lives when we start thinking about what our future holds and where we need to be. For me that has always been about every five years! I guess I just need to shake things up a bit, every now and then. In 2015 I bought the...

END_OF_DOCUMENT_TOKEN_TO_BE_REPLACED 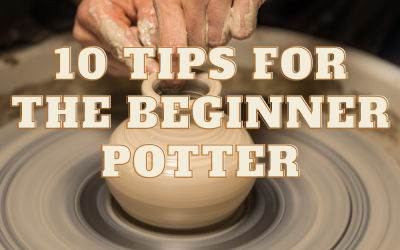 10 pottery tips for the beginner potter.

© 2022 All Rights Reserved. Dani Montoya ~ Unauthorized use and duplication of this material without express and written permission from this blog’s author and/or owner is strictly prohibited. Excerpts and links may be used, provided that full and clear credit is given to Dani Montoya and Yellow Cottage Studios with appropriate and specific direction to the original content.

Yellow Cottage Studios is a participant in the Amazon Services LLC Associates Program, as well as other Affiliate Advertising programs. This is a way for me to earn fees by linking to Amazon.com and affiliated sites. As an Amazon Associate I earn from qualifying purchases.”