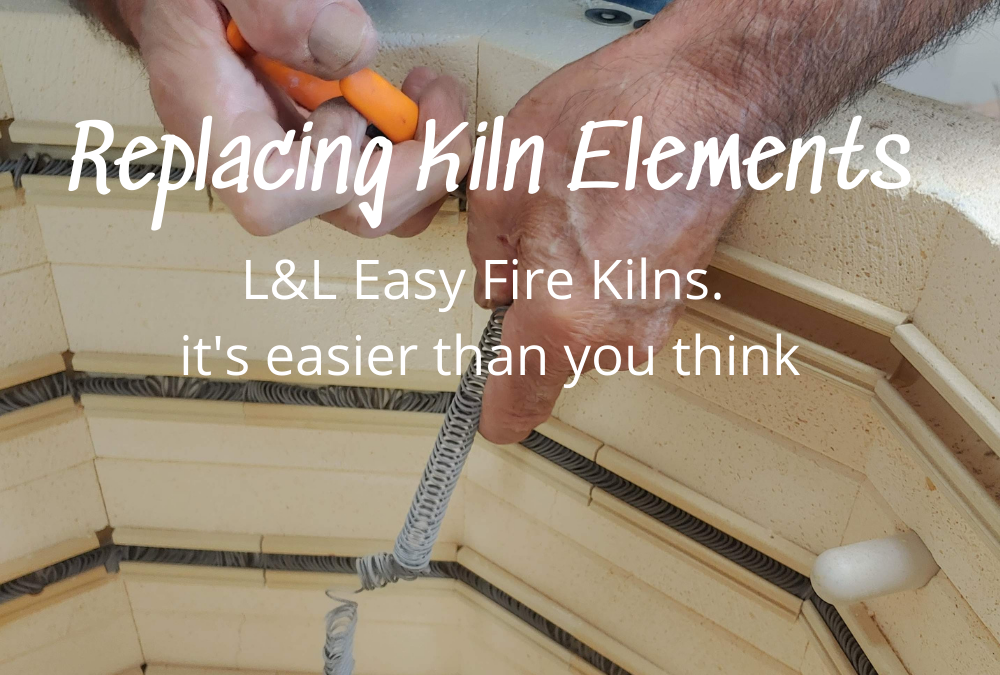 After 4 years and 125 firings, it was time to start thinking about replacing the Kiln elements and thermocouples in my L&L Easy-Fire Kiln. I have model e23S-3 with a Bartlett Controller but It looks like replacing these items is pretty much the same on all the Easy-Fire Kilns.

​I hadn’t really thought about replacing my kiln elements until I called L&L back in September to ask a few questions. The tech asked how many firings I had on the elements, which was 95 at the time. He mentioned that I should start considering replacing the elements and thermocouples, which, he said, should be replaced at the same time.

With him having said that, and the ramped-up production I was about to go into to prepare for the holidays, I felt kind of spooked.  Like Murphy’s Law would kick in and the kiln would fault out, right in the middle of making stuff.

It took me a few weeks before I called L&L back and placed the order. Yes, I ordered directly from L&L because I had no clue what I needed.

The FedEx box from them showed up a few weeks later. My kiln was still working fine so I set it aside until a more appropriate time. The last thing I needed was something to go wrong right before all the holiday shows.

So with the start of the new year and with no pressing pottery deadlines, I felt now was the time to consider replacing my kiln elements and thermocouples

My husband is super handy so I enlisted him to help (actually do it all). L&L sent great instructions with the new elements and thermocouples plus they have a great video on replacing kiln elements, so we knew what we were getting into. It didn’t look that difficult.

And it wasn’t. In fact, it was quite easy. 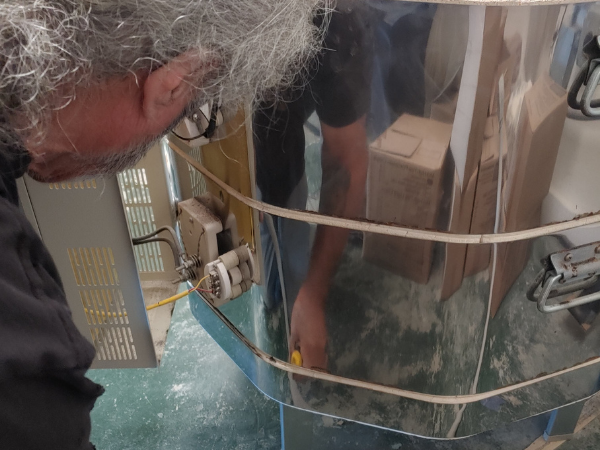 After unplugging the Kiln, open up the controller

The first thing we did, after unplugging the kiln and opening up the controller, was photograph the electrical connections before we disconnected them. 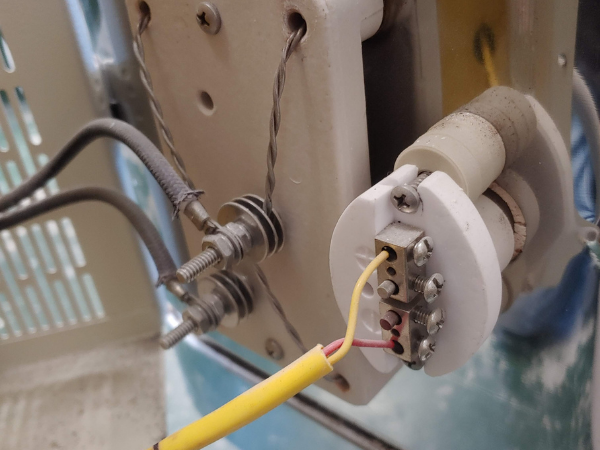 It’s always wise to photograph the connections before you take them apart.

Once we got the electrical connections off and the twisted element wire loose we were able to gently remove the elements from the channels. 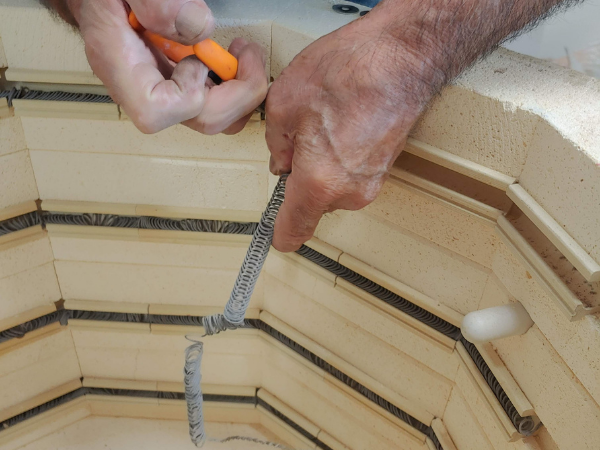 The old elements were flat and very brittle. They broke easily but they were pretty simple to remove from the channels. We used Needle nose pliers to help us.  What we loved was that were no pins to remove as our old kiln had. Already we were delighted! 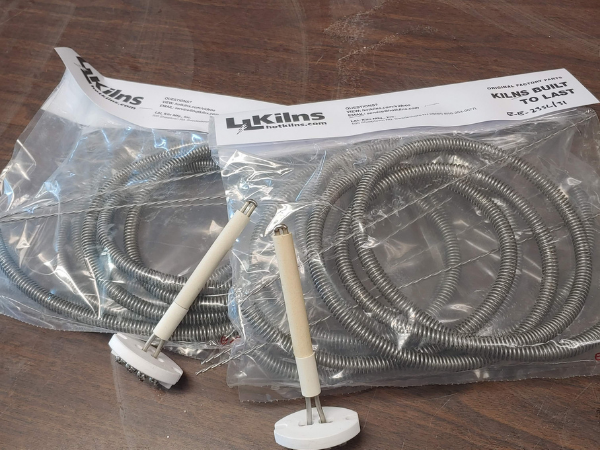 Brand new Elements and Thermocouples. It is recommended that they all get replaced at the same time

The new elements are very pliable. They need to be slightly stretched out before they will fit properly in the kiln channels. We put the elements in and then stretched a bit until they seated themselves nicely. On the third set I stretched them out PERFECTLY before even putting them in but alas, I lost that talent by the 4th set!! But all 4 elements were now in the kiln and looking good!!  Max was the final inspector! 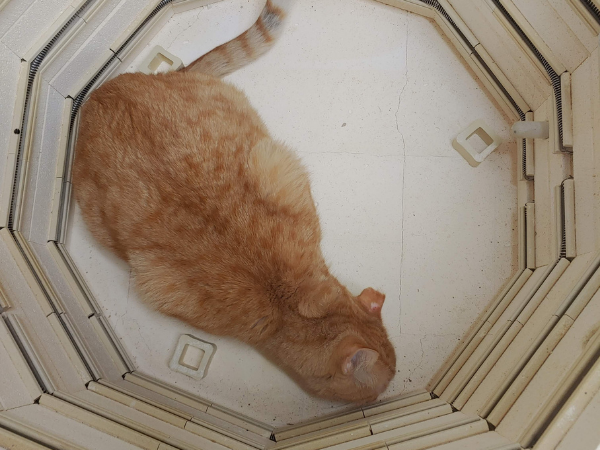 The thermocouples were equally as easy to replace!

One thing you need is a good pair of wire cutters. We had standard wire cutters and it took some doing to cut the wires before reattaching them at the controller but it can be done. That’s some hard wire!! 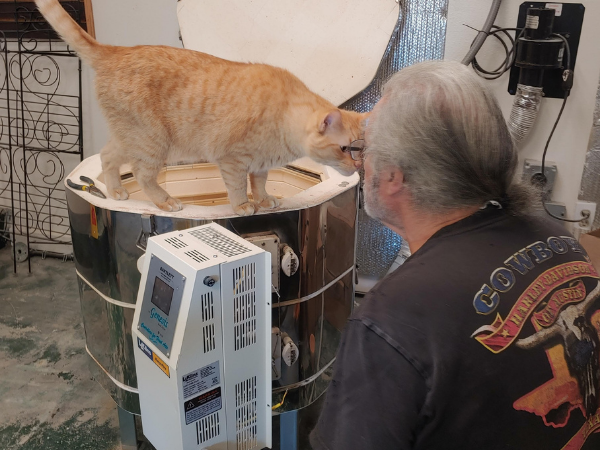 Max and Ben are congratulating themselves on a job well done!

Of course, the final job was to run a test firing. I ran a Fast Glaze Cone 5 firing. That baby glowed.

I have a decent selection of these invaluable posts for use in your kiln to create shelves. It's a good idea to have a few of all the different sizes to accommodate the different size pieces you make.
View on Amazon

I have been using this Venting System on my L&L for years. It works great. Just because its a Skutt doesn't mean you can't use it with other kilns!
View on Amazon

Kiln Wash is used to keep glaze from sticking to a kiln shelf in case of an accident!
View on Amazon

This is the potter's wheel I have and I absolutely love it. Its a bit pricey so if you can swing it I do recommend it.  You may be able to find one used, which is how I bought mine. A more affordable wheel I would recommend for beginners is the Clay Boss

Pottery Rasp for cleaning up clay

Keeping a clean work area is not only good for our creativity but also for our health. You have to be very careful about breathing in clay dust since it's mostly silica. Mopping regularly is highly recommended but what about the nooks and crannies!!!  I bought this Hepa Vacuum for my studio and I love it. It's powerful and is a Certified HEPA System (99. 97% efficient on . 3 microns). The High-Efficiency Dust collection Bag holds a ton of debris and dust so you can vacuum for a pretty long time before replacing it.

There is also a smaller one now too. 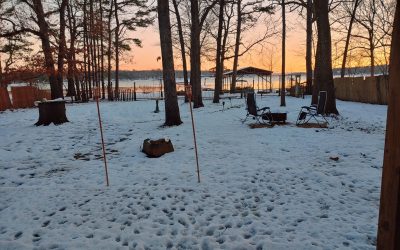 Yesterday we had a snow day. For those of you who live with snowy winters you will roll your eyes and call us babies but here in Arkansas, snow days are a rarity and we just can’t handle it. Please note this post may contain affiliate links and I...

END_OF_DOCUMENT_TOKEN_TO_BE_REPLACED 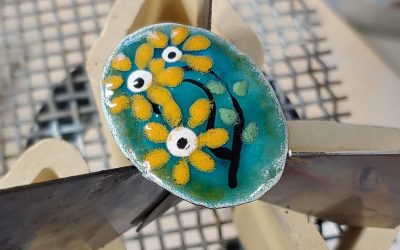 As creators, makers and artisans, the months leading up to the Holiday Season can be quite stressful. We have holiday shows to participate in, customers who need special gifts made, on-line shops to fill and tons of trips to the post office. For me...

END_OF_DOCUMENT_TOKEN_TO_BE_REPLACED 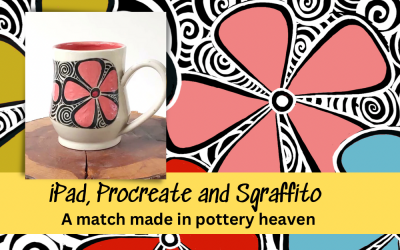 Drawing out designs in Procreate for Sgraffito Pottery

One thing I am always on the lookout for are new ways to experiment and play with graphic designs before I commit them to clay. I believe I have found a solution in an iPad, an app called Procreate and an Apple Pencil.  Now I can work out my...